Maple syrup is a natural sweetener obtained by concentrating sap collected from certain maple trees including the sugar maple tree, which is native to North America. Sucrose is the dominant sugar in maple syrup yet it contains organic acids, amino acids, minerals and lignin derived flavor compounds.

The Journal of Medicinal Food reports that maple syrup has been shown to prevent diabetes and is a potent ally in slowing cancerous cell growth. Maple syrup has high levels of phytohormone and abscisic acid. These compounds encourage the release of insulin and improve the insulin sensitivity of fat cells which helps combat metabolic disorders such as diabetes.

A study at the University of Qubec at Chicoutime revealed that maple syrup may be more effective against brain, prostate, and lung cancer than broccoli, blueberries, carrots and tomatoes. 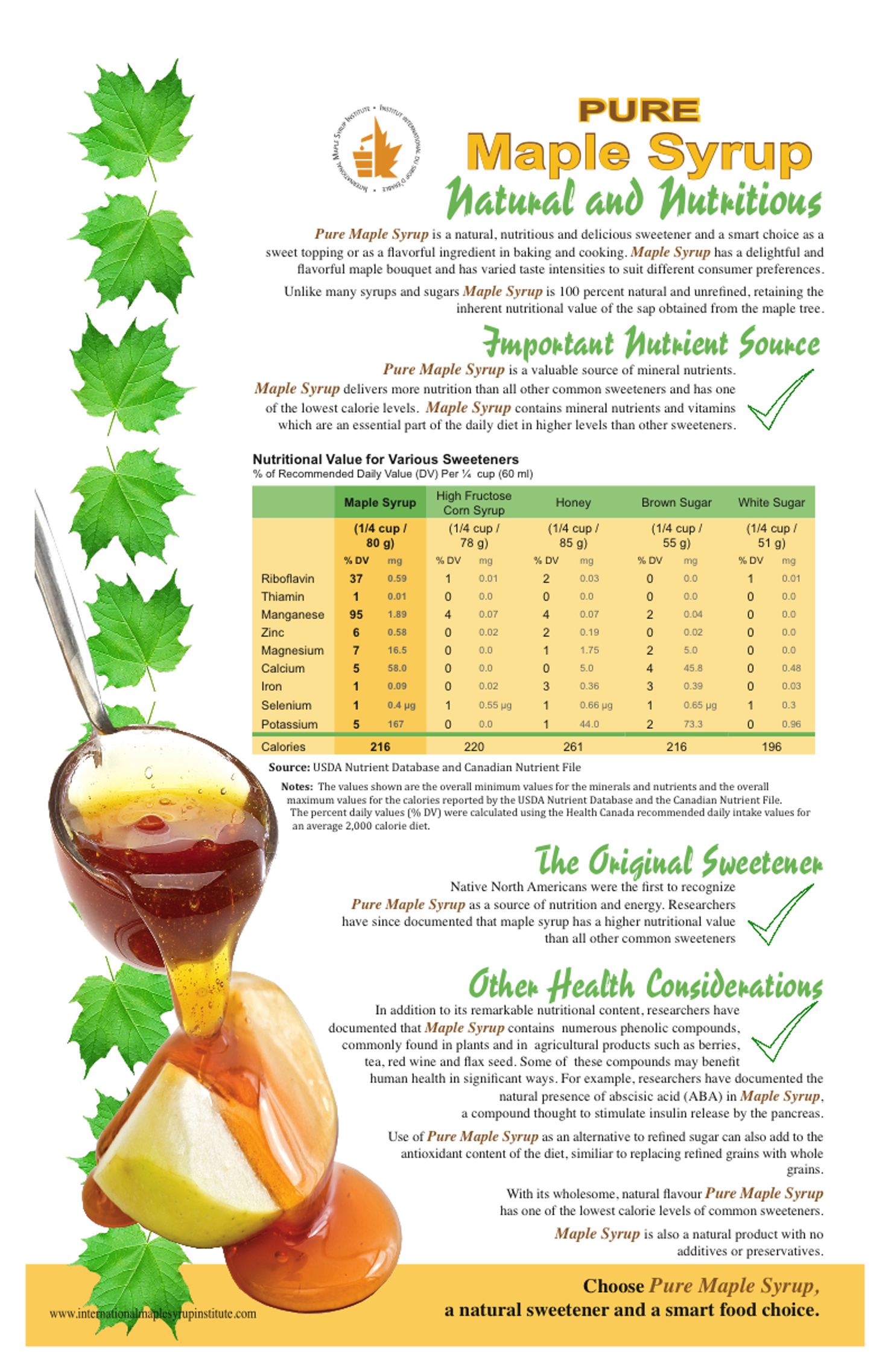